A webspace to record the sagas of the Newcastle Legion gaming group.

In this year came dire fore-warnings over the land of the Northumbrians, and miserably terrified the people most woefully: these were immense sheets of light rushing through the air, and extraordinary whirlwinds, and fiery dragons flying across the firmament. These tremendous tokens were soon followed by a great famine: and not long after, on the sixth of the ides of January in the same year, the harrowing inroads of heathen men made lamentable havoc in the church of God in Holy-island, Lindisfarne, by rapine and slaughter.
- Anglo-Saxon Chronicles, in the year of our Lord AD 793.

What assurance is there for the churches of Britain, if St Cuthbert, with so great a number of saints, defends not its own? Either this is the beginning of greater tribulation, or else the sins of the inhabitants have called it upon them. Truly it has not happened by chance, but is a sign that it was well merited by someone. But now, you who are left, stand manfully, fight bravely, defend the camp of God.

- Alcuin, in a letter to Bishop Higbald of Lindisfarne

Campaign: Taste Of Your Own Medicine

Campaign: The Harrying of the North 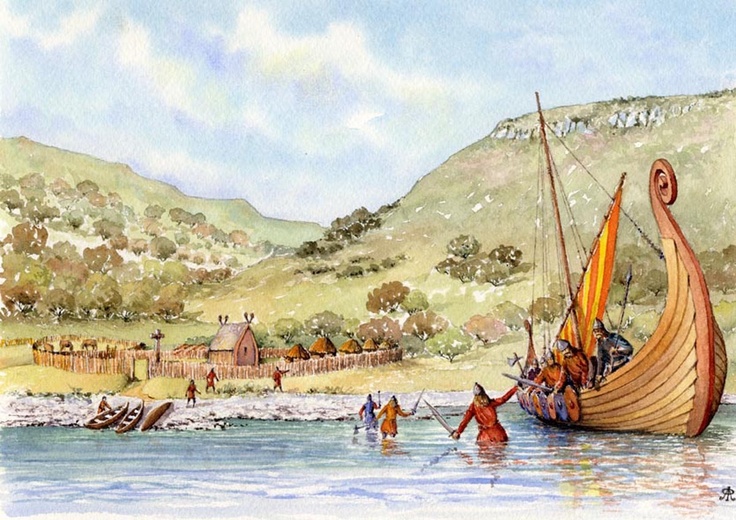 SAGA - The Age of Vikings danielcollins

SAGA - The Age of Vikings Comments

I'm sorry, but we no longer support this web browser. Please upgrade your browser or install Chrome or Firefox to enjoy the full functionality of this site.