The Normans have invaded. Harold is dead. William the Conqueror has to consolidate his victory before the Northern nobility organise against him… Aeldorman Godwin fights to prevent Norman rule.

Battle 1: A clash of warlords.

We fight for our land, again. The Normans have no stomach for battle- they hide behind archers rather than face sword-Danes face to face. The Englishmen must advance to punish the Norman. 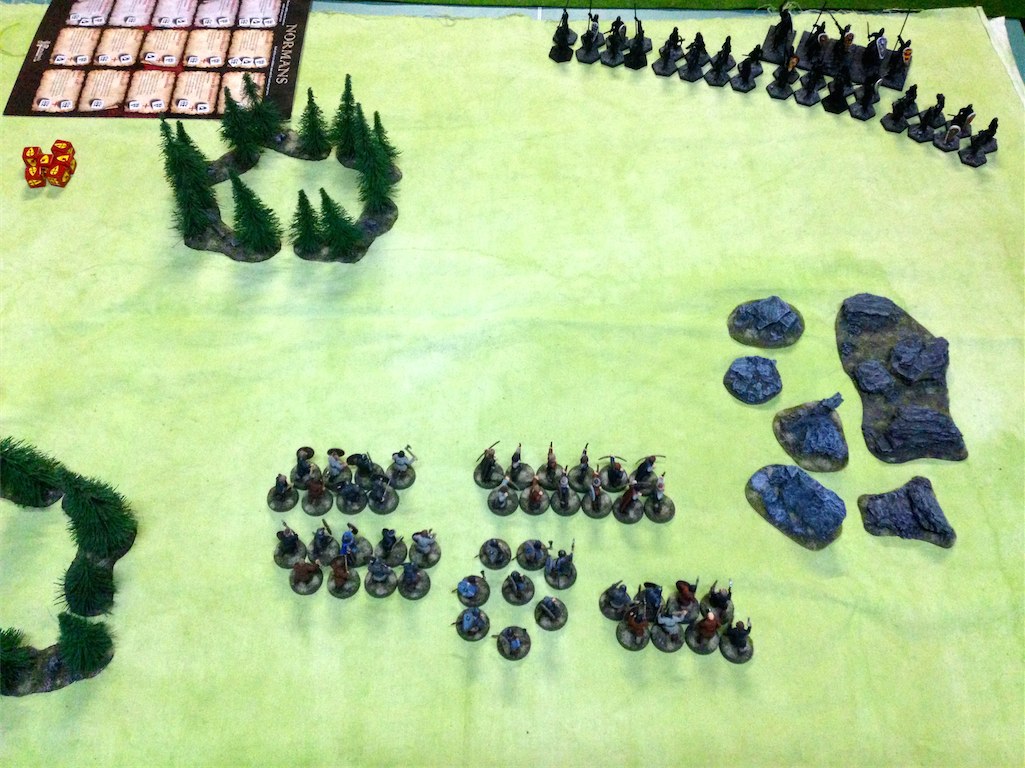 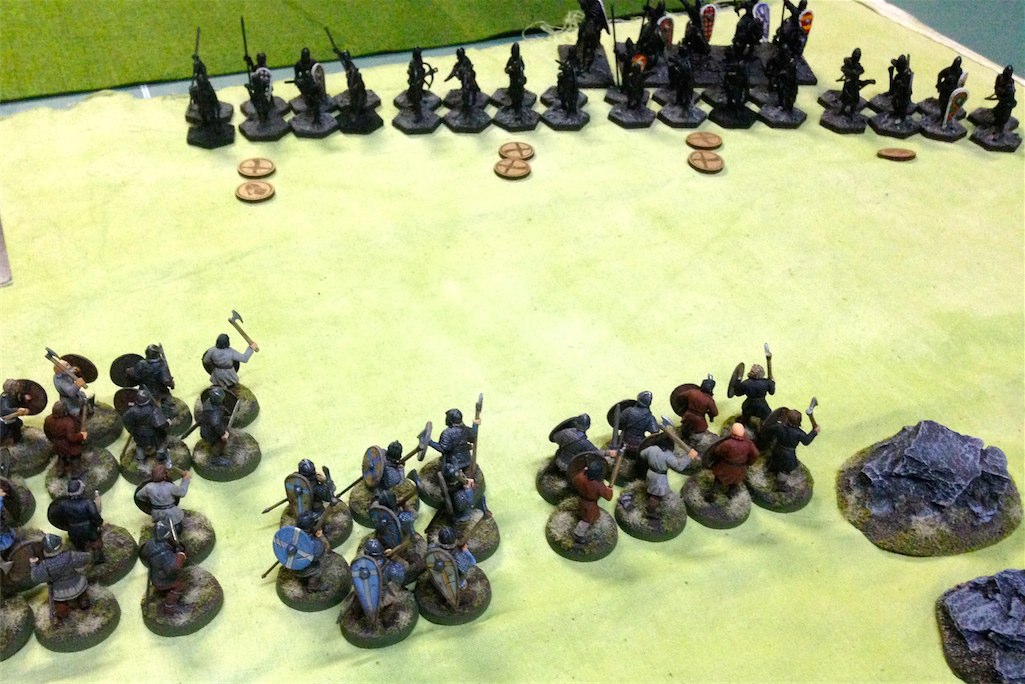 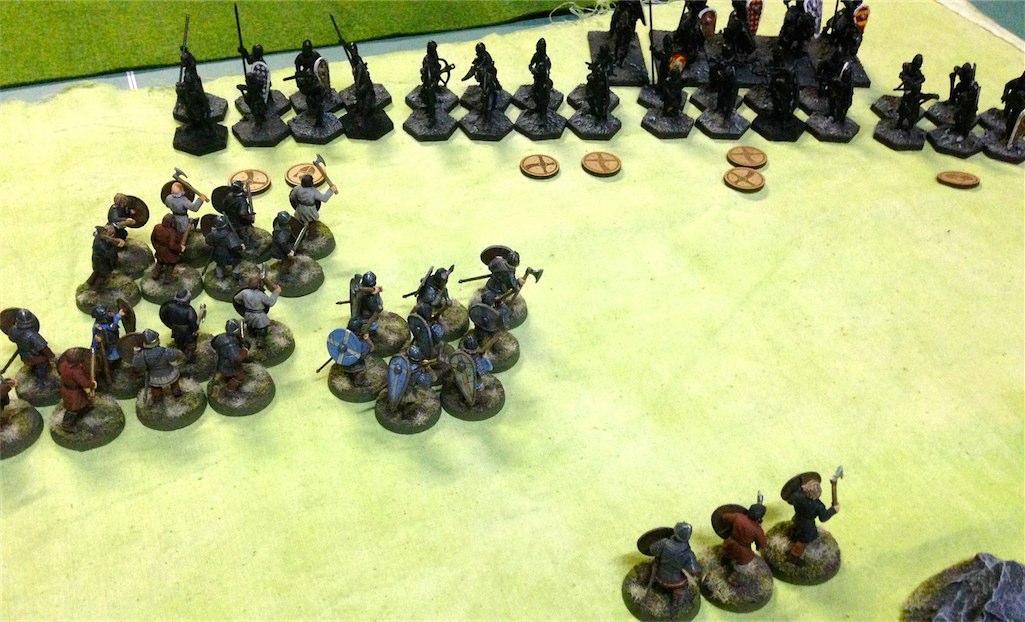 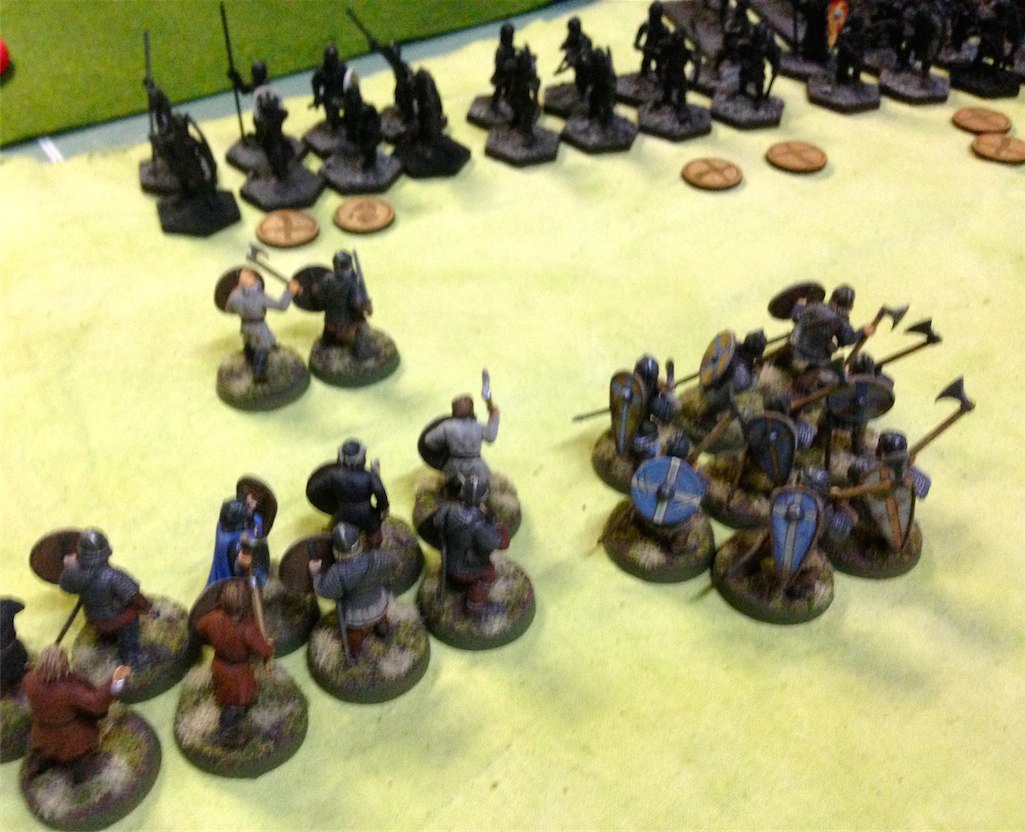 We suffer from the arrows, but Godwin inspires us onwards. As our warriors fall, our fury grows.

The lines clash- his archers die screaming beneath our blades. But his mounted knights run down our Hearthguard- we will pray for them. 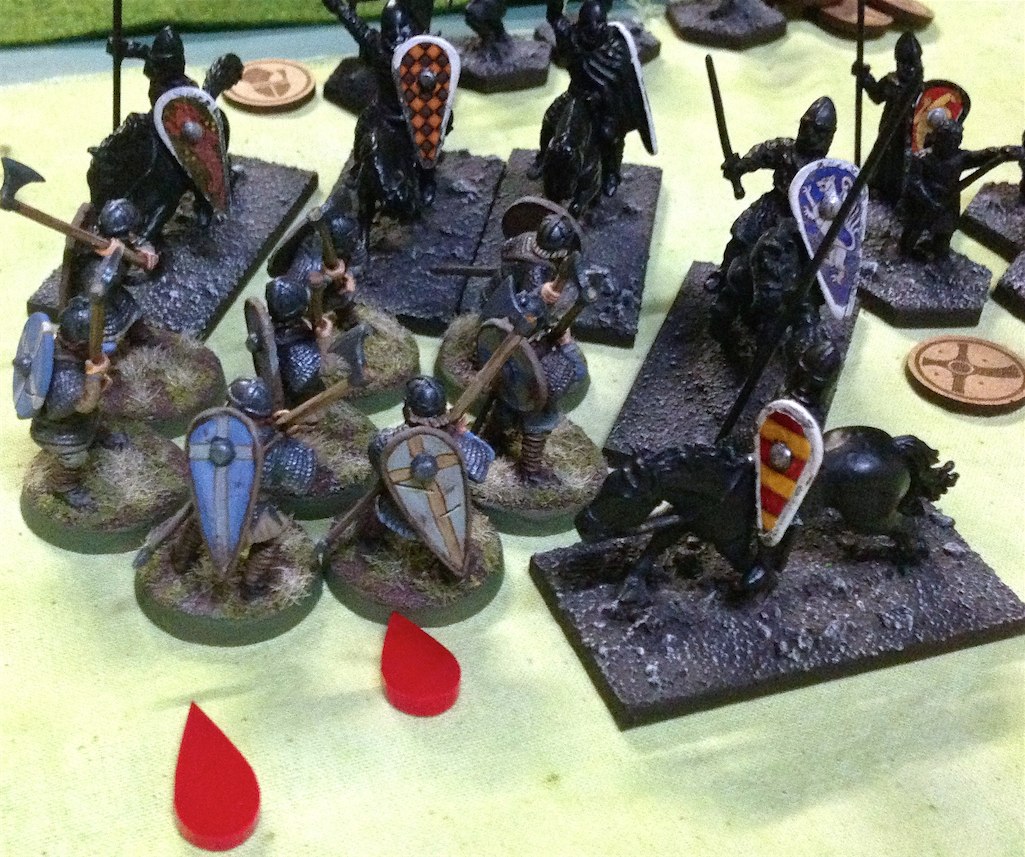 A song in his heart, fearless in the knowledge that God is with us, Godwin faces the Bastard!

With a sickening crack, Godwin unhorses William- Victory is ours! 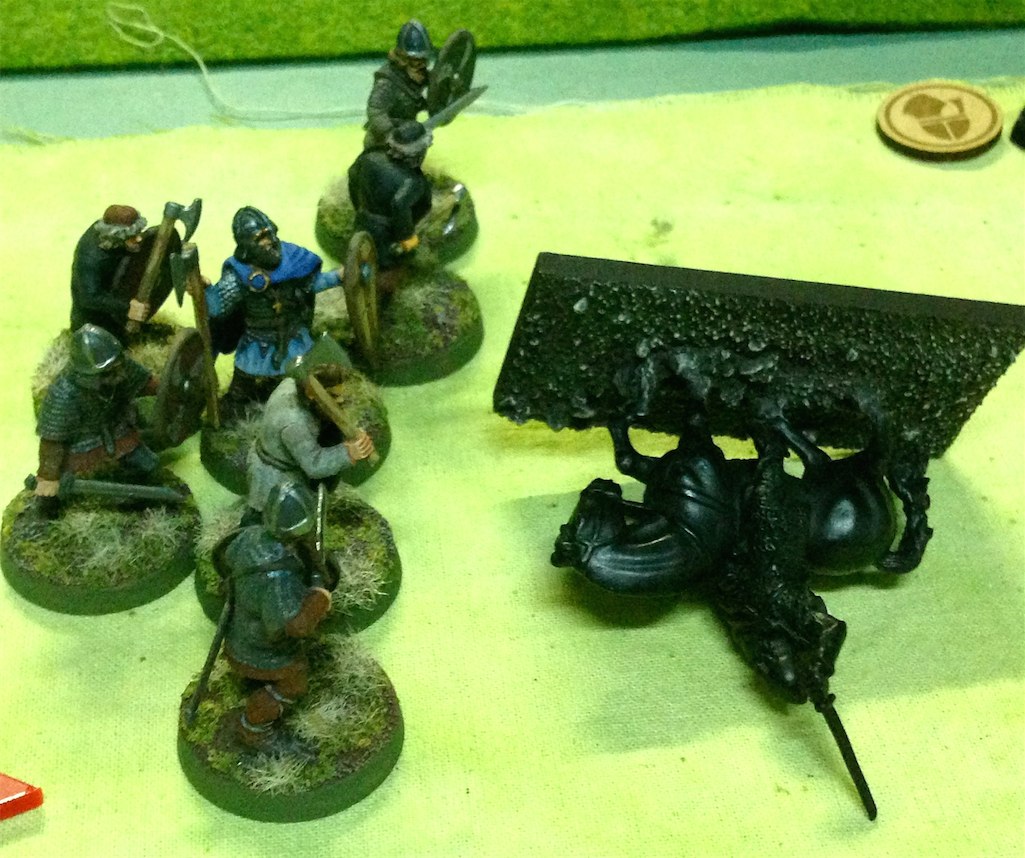