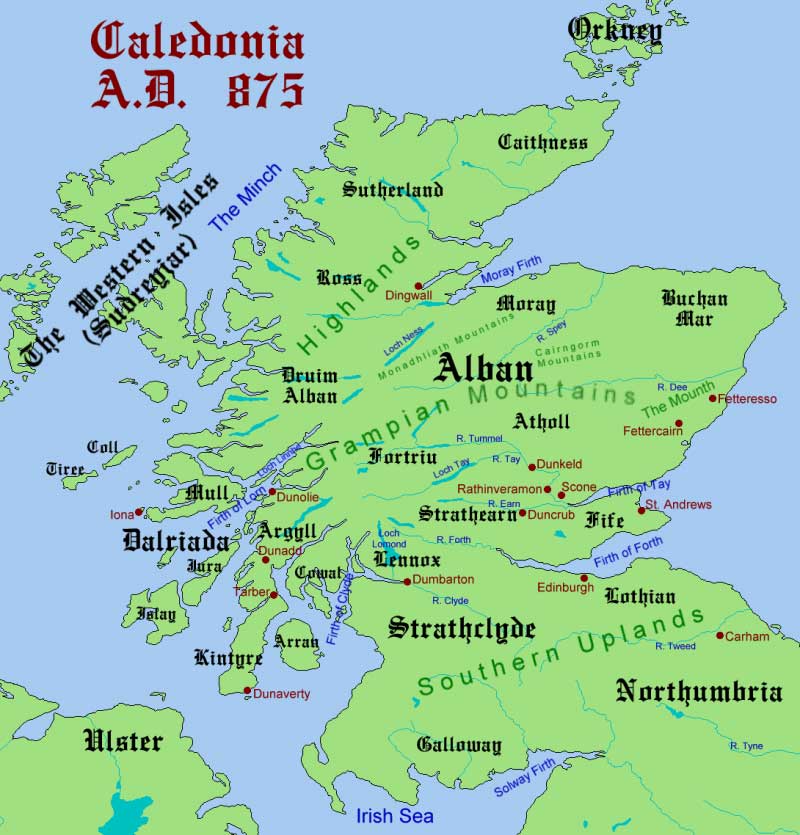 Godred MacFergus, Lord of the Foreigners’ Isles (Hebrides)
Scots Warlord, Michael Moodie
Gofraid mac Fergusa, chief of Airgíalla, went to Alba, to strengthen the Dál Riata, at the request of Cináed mac Ailpín.
- Annals of the Four Masters in its entry for 835AD

Dal Riada includes the islands of the Inner Hebrides and the nearby coastal lands. These coasts are marked by long peninsulas and deep firths (fjords), such that it’s often hard to tell what’s an island and what’s an extension of the mainland. The islands and peninsulas are crowded together, separated by narrow channels – sea travel is absolutely necessary to get around. Dal Riada is the homeland of the Scots (after they left Ireland) and is relatively heavily populated, especially on the Argyll peninsula. Other major regions include Kintyre, Cowal, and the islands of Arran, Jura, Islay, and Mull. The figure of Columba looms large in any history of Dal Riada, and his founding of a monastery on Iona ensured that the kingdom would be of great importance in the spread of Christianity in northern Britain.

Viking raids and settlement on the isolated islands are increasing. Iona is plundered on an almost regular basis, and many Scots have fled from outer islands like Tiree and Coll. The King is too busy with affairs on the mainland to send many troops to defend his childhood home. 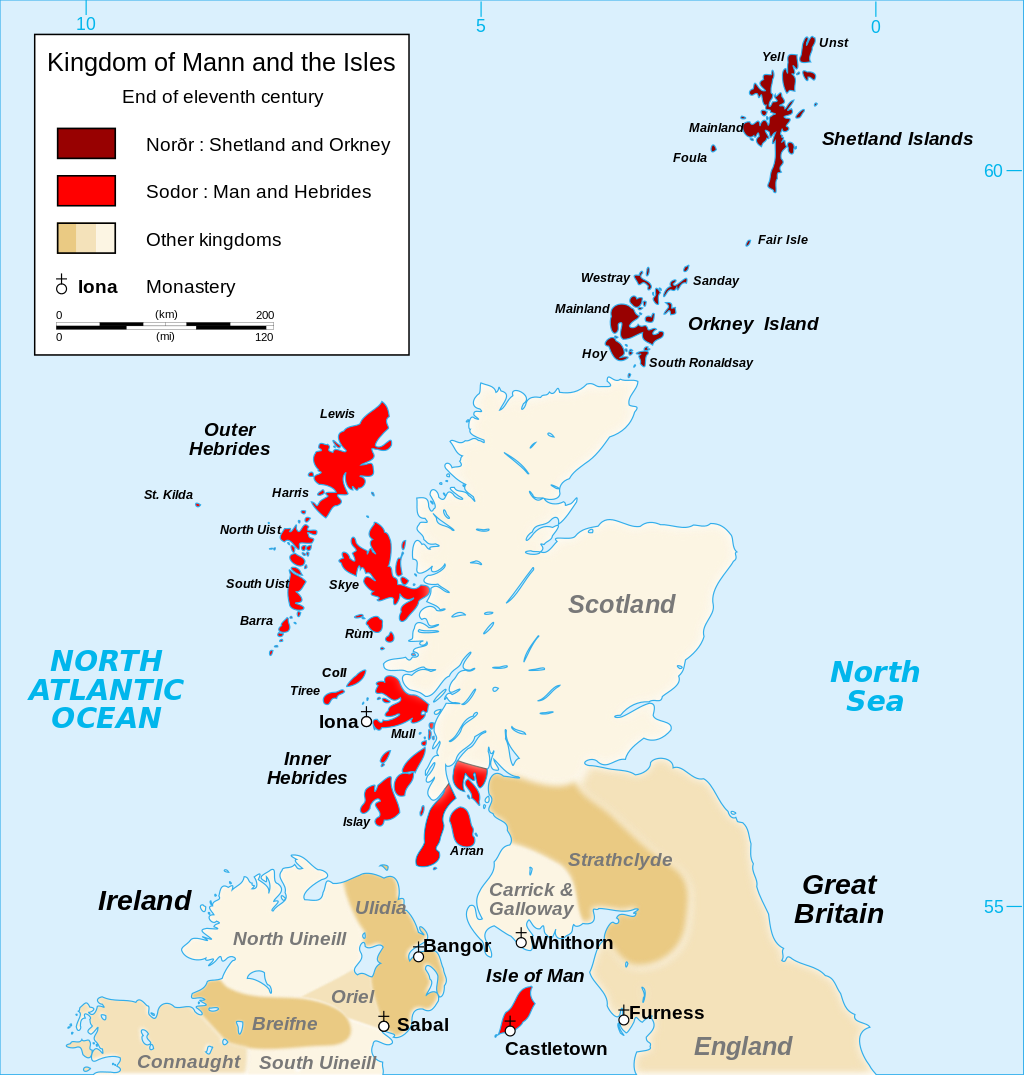 Rognvald Eysteinsson of Møre, the independent Jarl of Orkney.
Viking Warlord, Dan Collins
In the days of Harald Fairhair, king of Norway, certain pirates, of the family of the most vigorous prince Ronald [Rognvald], set out with a great fleet, and crossed the Solundic sea…, and subdued the islands to themselves. And being there provided with safe winter seats, they went in summer-time working tyranny upon the English, and the Scots, and sometimes also upon the Irish, so that they took under their rule, from England, Northumbria; from Scotland, Caithness; from Ireland, Dublin, and the other sea-side towns.
-Historia Norvegiae

At the extreme northern tip of Caledonia lie the islands known as the Norðreyjar or Northern Isles of Orkney and Shetland. Once inhabited by Picts, today these island groups are the home of a thriving Norse culture. The islands are famous for an ancient curse which causes all animals on the islands to shrink. Horses, sheep, cattle, and even dogs are all half the size of those found in other lands. The curse does not affect humans, and the Norsemen of the islands still tower over most other people. The northern or Outer Hebrides, originally known as the Western Isles, are now controlled by Norse raiders now settled, who call their lands the Sudreyjar (southern isles). These lands are open to the full brunt of Atlantic storms, and villagers are forced to hold their thatch roofs down with stone-weighted ropes.