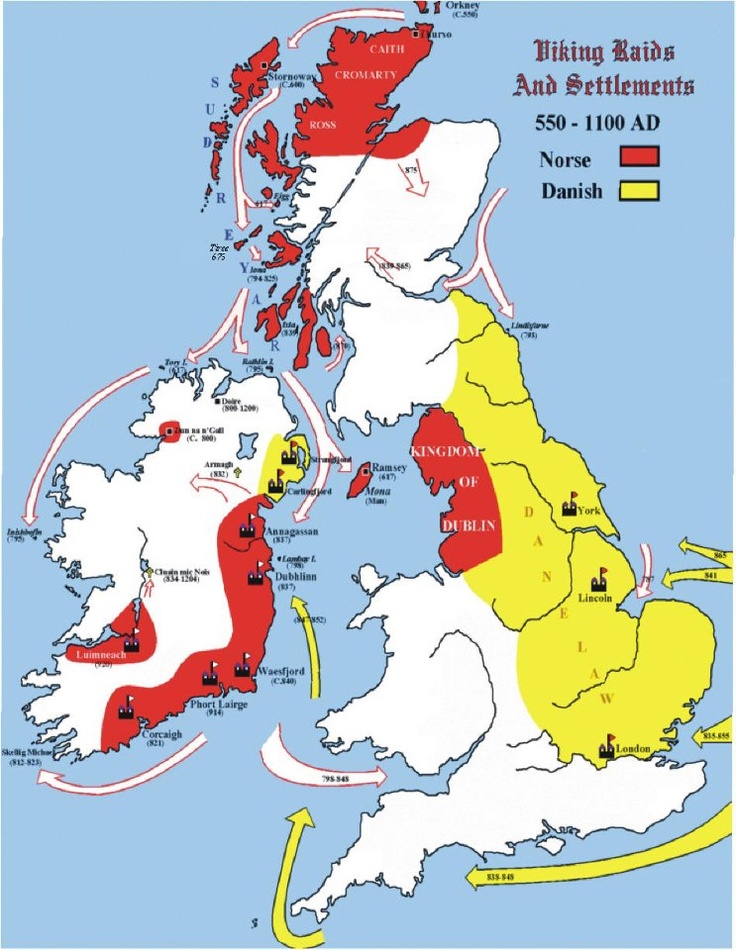 According to the Anglo-Saxon Chronicles, Viking raiders struck England in 793 and raided Lindisfarne, the Holy-island monastery that held Saint Cuthbert’s relics. The raiders killed the monks and captured priceless valuables. This raid marks the beginning of the “Viking Age of Invasion”, made possible by the Viking longship. There was great but sporadic violence from the last decade of the 8th century on England’s northern and eastern shores during the warmer seasons. While the initial raiding groups were small, it is believed that a great amount of planning was involved. In an ominous sign of things to come the Norwegians raided during the winter between 840 and 841, rather than the usual summer, having waited on an island off Ireland. In 850 and 854 Vikings overwintered for the first time in England on islands just off the coast. 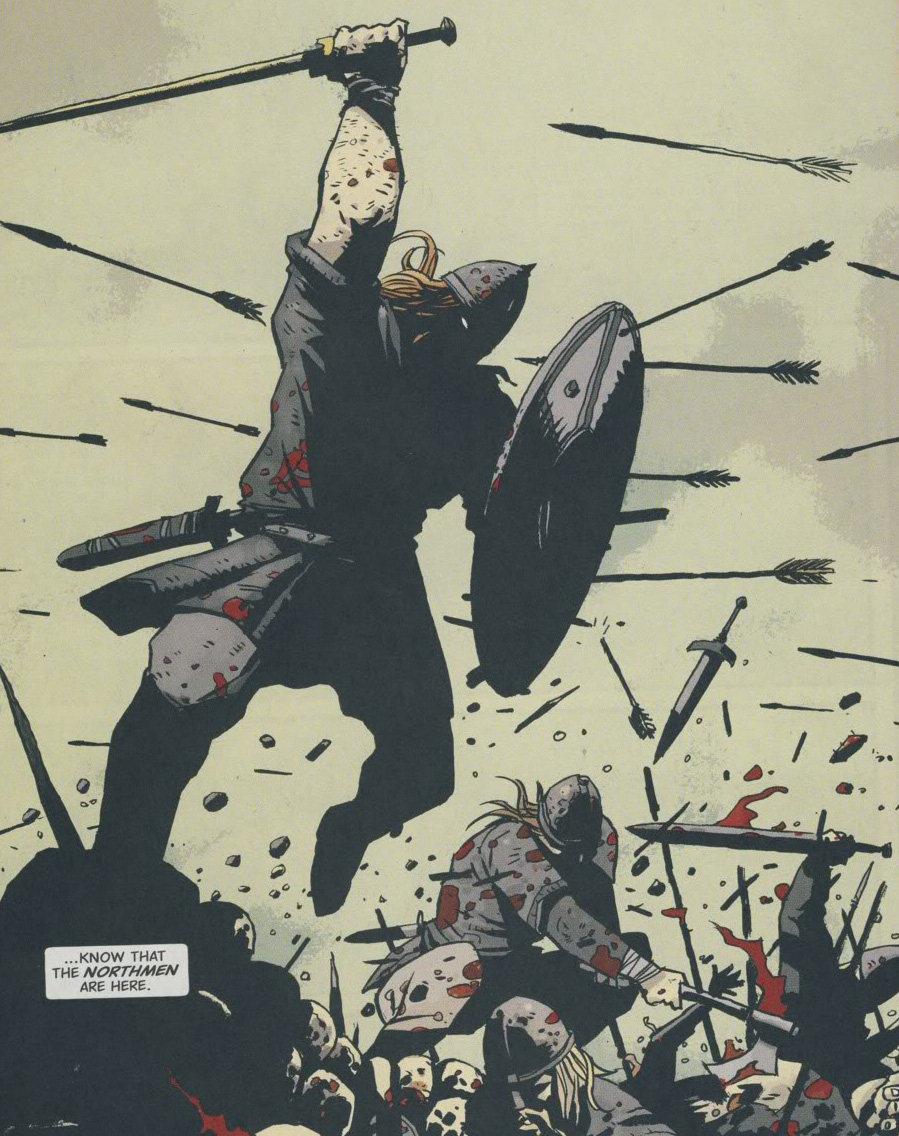 Then in 865, many hitherto uncoordinated bands of predominantly Danish Vikings joined together to form a large army and landed in East Anglia. The army was described by the Anglo-Saxon Chronicle as the Great Heathen Army. They crossed England into Northumbria and captured York (Jorvik), where some settled as farmers. Most of the English kingdoms, being in turmoil, could not stand against the Vikings, but Alfred of Wessex defeated the Great Army at the Battle of Edington in 878. There followed the Treaty of Wedmore the same year and the Treaty of Alfred and Guthrum in 886. These treaties formalised the boundaries of their kingdoms and the Viking Danelaw territory, with provisions for peaceful relations between the English and the Vikings. Despite these treaties, conflict continued on and off.

In 875, after enduring eight decades of repeated Viking raids, the monks fled Lindisfarne, carrying the relics of Saint Cuthbert with them. 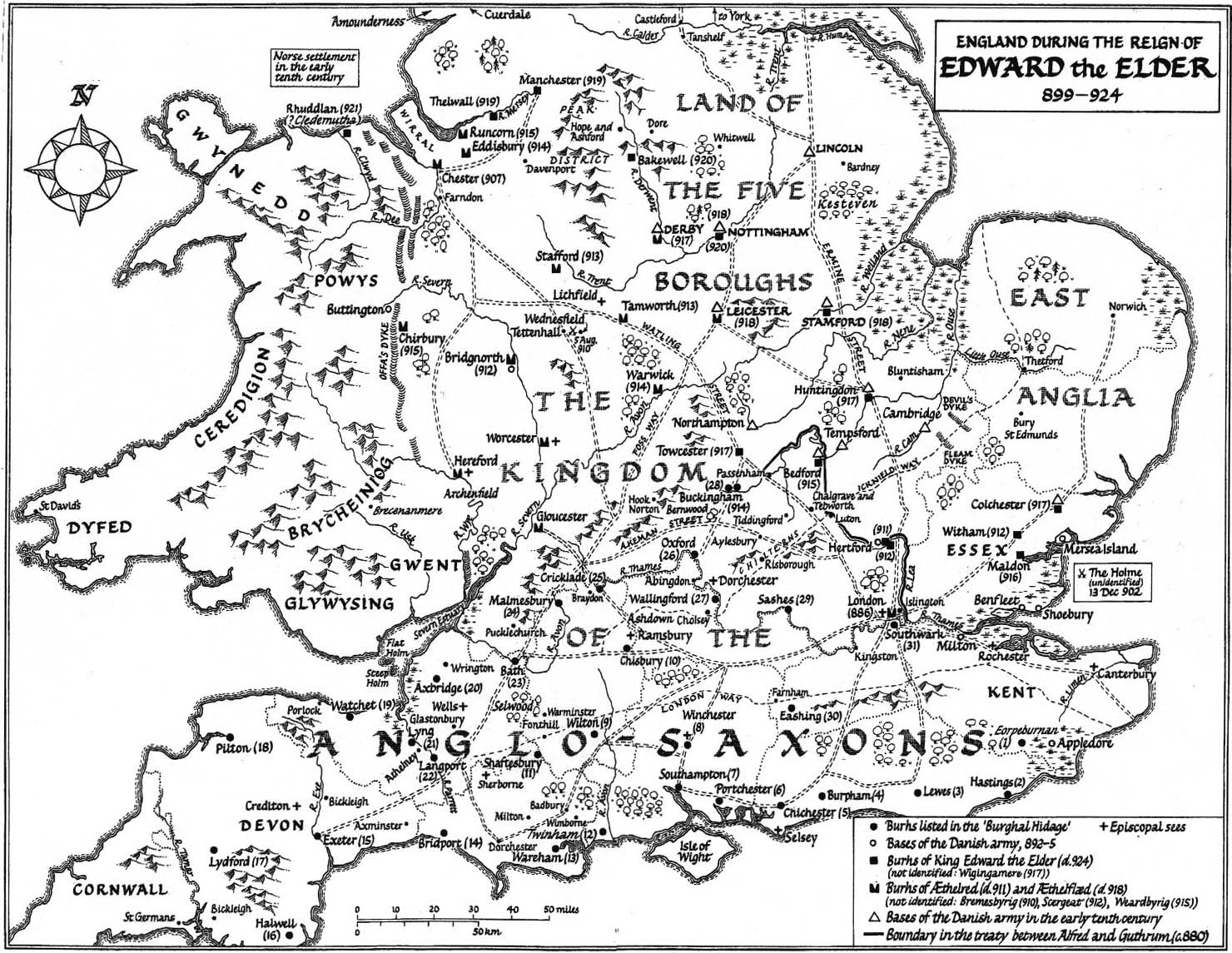